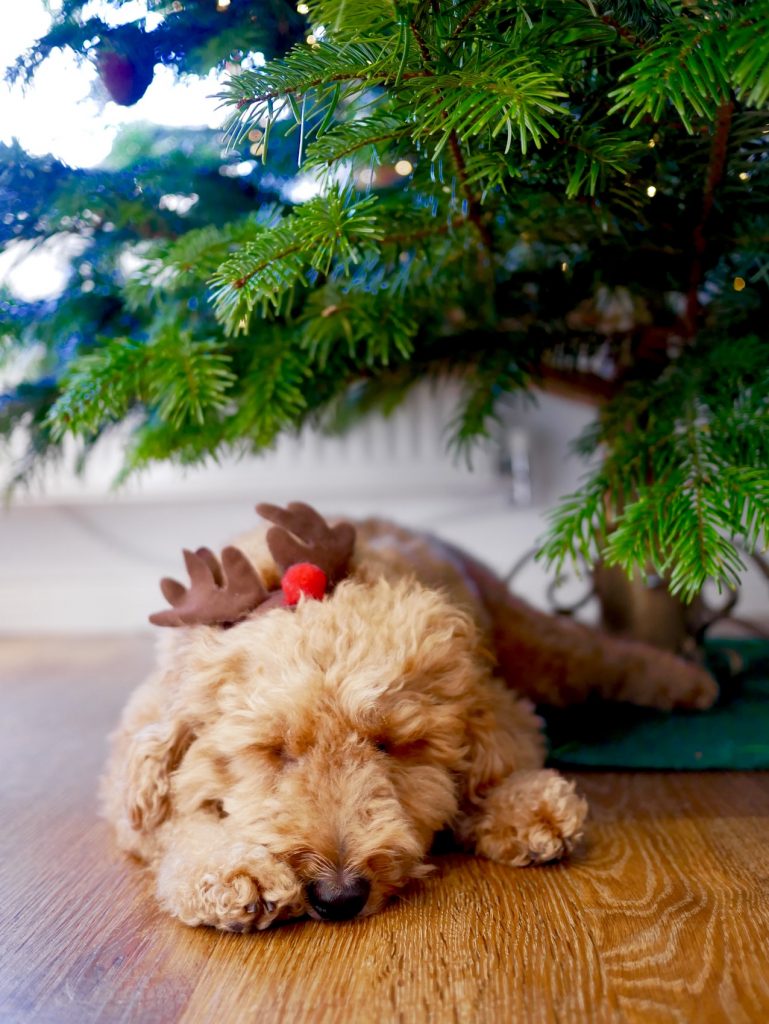 Have you heard of the term ‘trigger stacking’? It’s defined by Grisha Stewart as “Stress accumulation due to exposure of multiple triggers, either simultaneously or close enough in time that the dog’s reactivity has not returned to normal.”

While the, slightly cheeky, story below is about Father Christmas – it’s a great way to highlight why our dogs sometimes might be more reactive to an event, person, dog, etc. Why some days they may seem more ‘grumpy’ than others.

Over the festive period, it can be hard for dogs to take on board all the new stuff – a tree in their home, more visitors than usual, their humans being around a lot more, presents, human excitement after one too many sherries, flashing lights, blow up snowmen, Santa coming down their chimney… the list goes on.

Over the next couple of weeks, try to schedule in a few down days – rest days for an emotional detox. It will allow your dogs the time they need to recover, ready for the next bit of festive fun.

And now, on with the story…

One particular Christmas a long time ago, Santa was getting ready for his annual trip but everywhere he looked he found issues.

In the week leading up to Christmas, Santa found that 4 of his best elves were sick; and the trainee elves weren’t able to produce toys as fast as the others, so Santa was feeling the pressure of being behind schedule. On top of that, Mrs. Claus told Santa that her Mom was coming to visit, which stressed Santa even more.

Then when he went to harness the Reindeer, he found three of them were about to give birth and two had jumped the fence and were out and frolicking with each other. More stress. Then when he began to load the sleigh one of the boards cracked and the toy bag fell to the ground, and scattered the toys. So, frustrated, Santa went back into the house for a cup of coffee and a shot of whiskey.

When he went to the cupboard, he discovered the elves had drank all coffee and there was no liquor, and, in his frustration, he accidentally dropped the coffee pot and it broke into hundreds of little pieces all over the kitchen floor. He went to get the broom and found that mice had eaten the straw it was made from.

Thus began the tradition of the little angel on top of the Christmas Tree!

Thanks to Sue Pickering for sharing the story – unfortunately the original source is unknown.